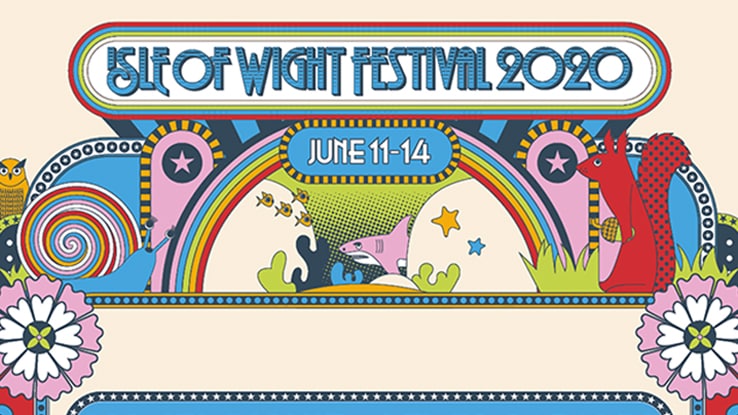 Find out more as the UK's oldest festival add more artists to their line-up.

Isle of Wight Festival organisers have added more artists to their line-up and announced their day splits for this year’s event.

Leading the latest announcement is the news that Los Angeles genre-mixers The Black Eyes Peas will take to the festival’s main stage on the Sunday, where fans can look forward to hearing tracks such as Pump It, Where Is The Love?, and I Gotta Feeling.

Also joining the line-up in the latest round of additions are Surrey rockers You Me At Six, indie heroes Razorlight, pop superstars All Saints, Natasha Bedingfield, Joy Crookes and more.

Friday night at Isle of Wight will be co-headlined by music icon Lionel Richie, who’ll be performing at the festival for the first time ever in his career, alongside man of the moment and recent Brit Award winner Lewis Capaldi.

Snow Patrol – who first debuted 20 years ago – will perform at the festival on Saturday night where they’ll be co-headlining alongside legendary Manchester dance duo The Chemical Brothers.

Isle of Wight first opened its doors in 1968 and celebrated its 50th anniversary in 2018. Since the start, there have been some iconic performances from the likes of The Doors, The Who and the last ever Jimi Hendrix UK show.

The festival relaunched in 2002 to become one of the biggest UK festivals of the summer and welcomes some of the biggest, best and brightest in music.

Feature: Here’s what happened at Isle of Wight Festival 2019

Isle of Wight Festival will be headlined by Lionel Richie, Lewis Capaldi, Snow Patrol, The Chemical Brothers, and Duran Duran.